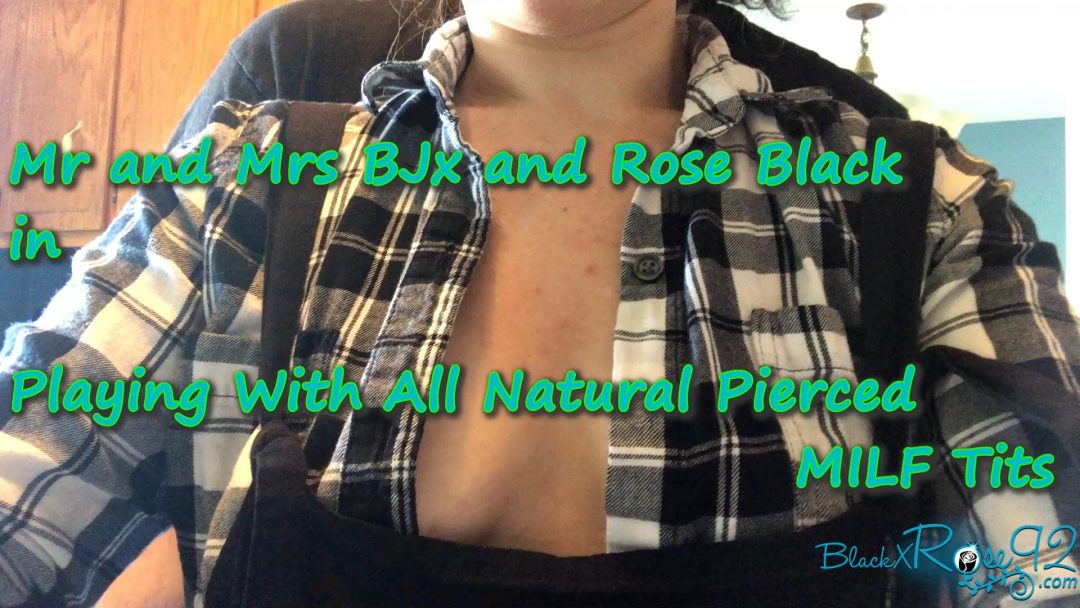 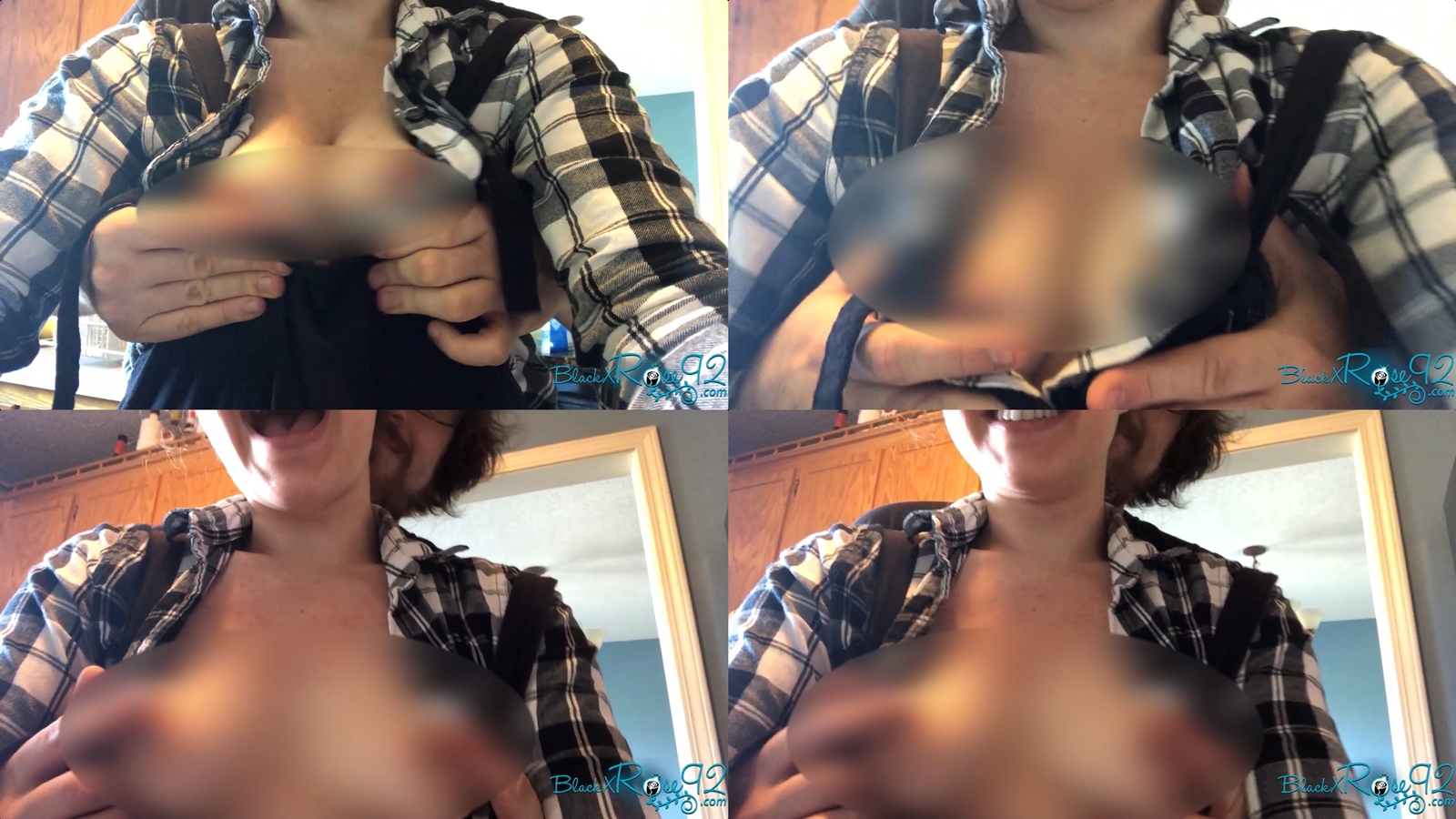 BJx teases her pierced nipples, stroking them with the pads of his fingers as he holds them between his fingers and thumbs. She squeals as he makes them sensitive quickly, but allows him to continue his teasing, grinning as they immediately become erect under his touch. Her perky nipples are always eager for attention under the deft training of his fingers, always seeking them out unexpectedly to toy with their softness as he does now in the kitchen spontaneously.

He bounces her breasts, then pulls on the nipples and squeezes them hard. Rose struggles to stay quiet as the tit play makes her want to moan. She grins as he makes her boobs jiggle, playing with her cleavage, and sadistically teasing her tender nipples. Suddenly, they’re not alone anymore. Rose laughs as he smiles and nips at her neck before walking off, as she quickly pulls her shirt closed to cover her naked breasts.