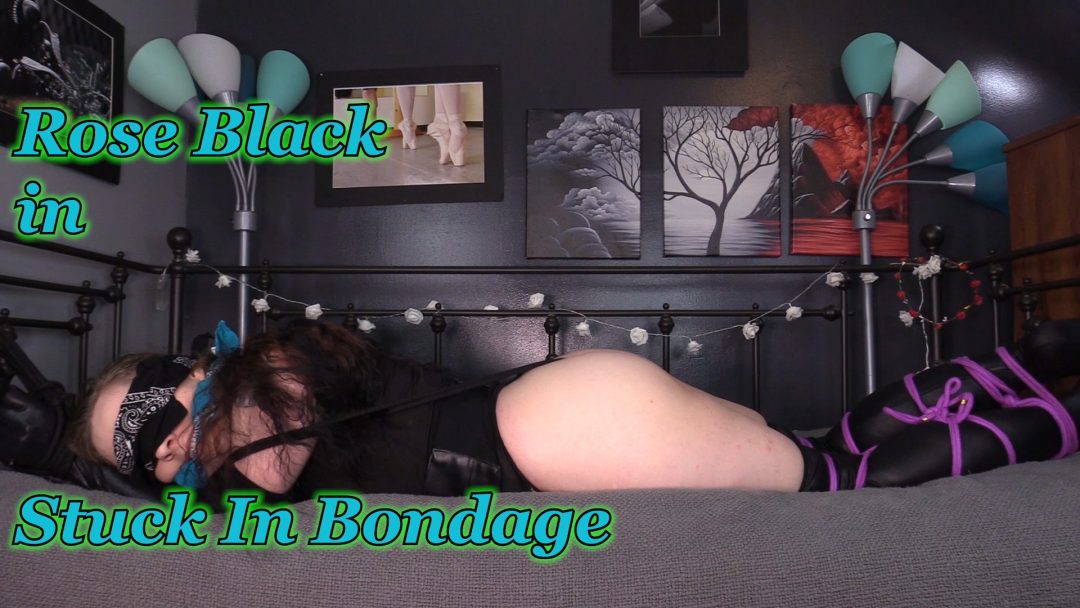 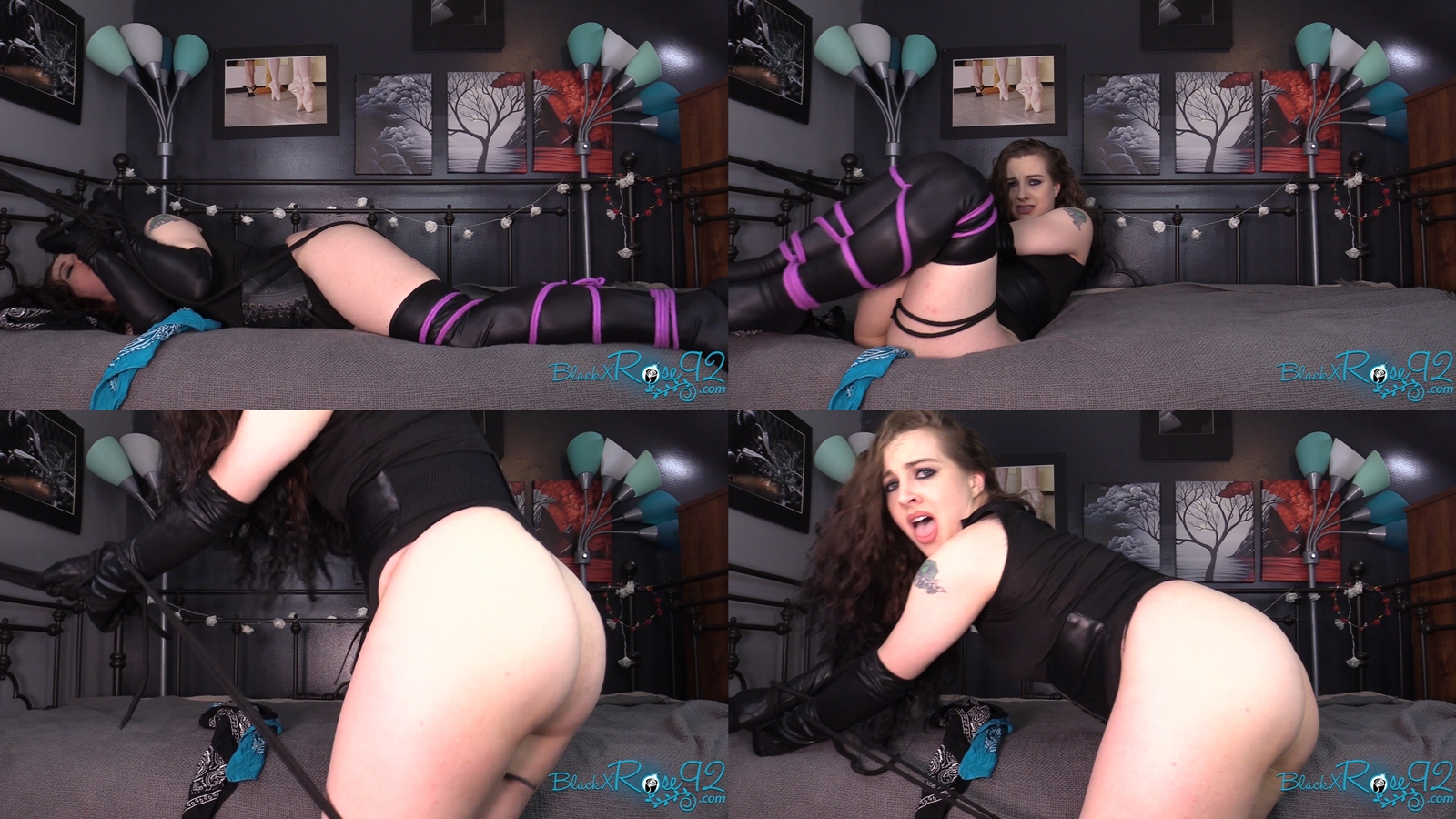 Rose starts to wake up on the bed. She’s laying face down in a blindfold and a bandanna gag stuffed in her tight, with rope bondage all over her body. A minute ago she was pulling up her thigh highs and tying her thong bodysuit to get ready for date night. Now she’s confused as she’s starting to struggle as she realizes her predicament.

She moans and begins to cry out. Rose kicks and struggles as she squirms to wiggle free from the bondage. The person who tied her did a cruel job, as she quickly notices that the ropes are creating friction between her pussy lips. The rope started out on the edge of her thong bodysuit, gently rubbing her camel toe deeper until her struggling and squirming wedges it deep into her vulva, splitting her pussy lips so that her pierced pussy rubs directly on the rope bondage.

Blindfold and gag finally off, Rose works against the ropes in desperation as she tires herself out. She cannot free herself from the bondage, and achieves no actual progress towards freedom. Rose is completely stuck, this MILF bondage has become knotted and stuck in place as she calls out for help. Eventually tiring herself out, Rose goes limp in the rope bondage as she has to wait for help when struggling against the knotted rope bondage became too much for her. She sighs and lets her body sag against the restraints until finally hearing her help arrive to untie the knots still binding her knees and wrists.