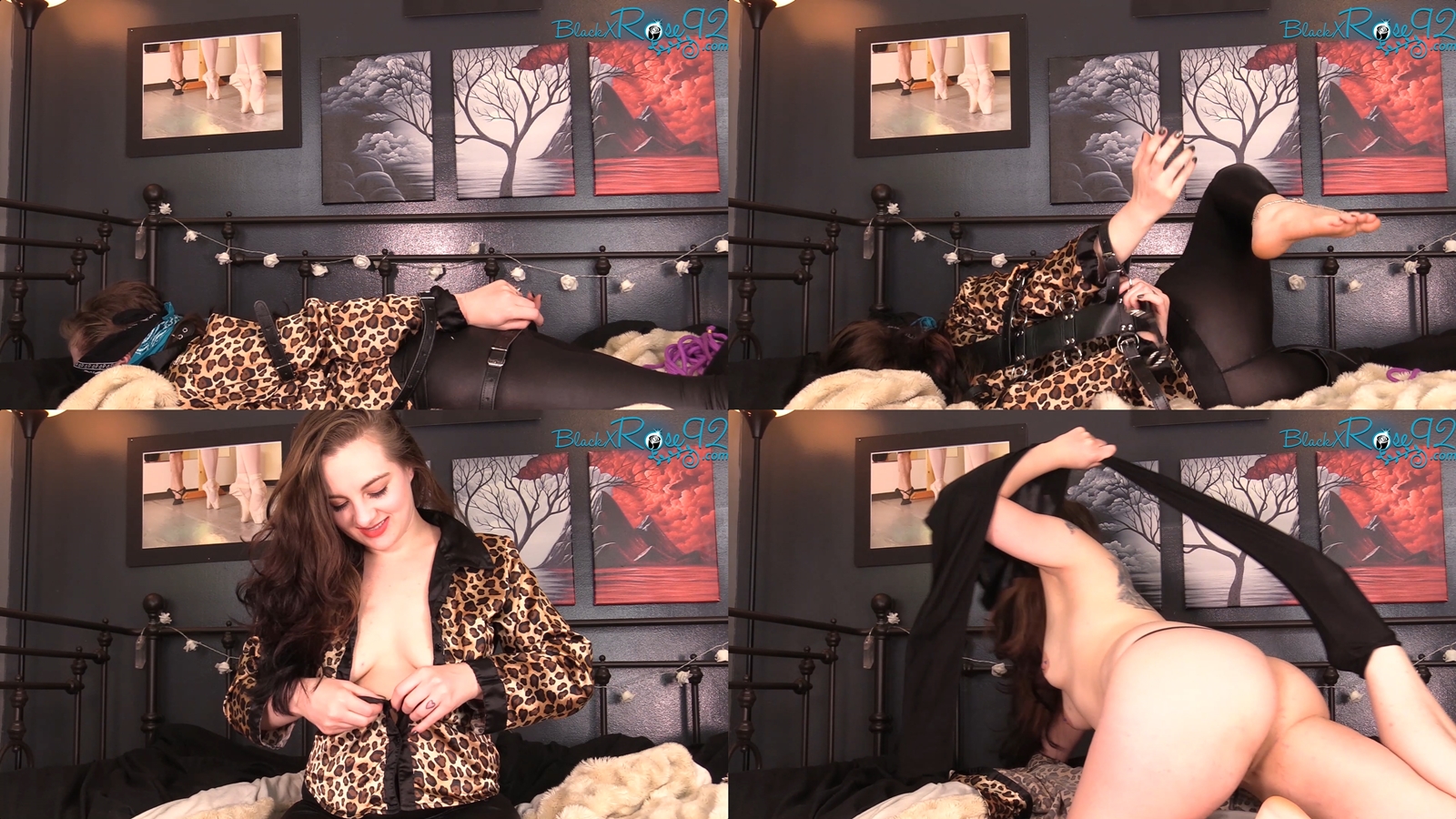 She starts to stir when she discovers herself face down on the bed. Rose finds that her legs are tied to one end of the bedframe, and the rest of her body is roped to the other end. Her muffled moans are stifled behind the bandana stuffed into her mouth as a gag. There’s another bandana blindfold around her eyes, but they’re both tied too tight for her to squirm them off.

Rose struggles in the rope bondage, but not for very long. With her persistent wiggles and writhing, Rose manages to free her feet rather quickly as she attempts to escape the bondage holding her to the bed. With both feet out, she’s tasked with undoing the belts leashed around her body in a snug harness. It’s tight, but when she works consistently at the clasps she’s able to pull most of them loose, making it easier to undo each subsequent segment until she reaches her arms.

The rope bondage on her feet and thighs came off easily enough, but Rose has difficulty undoing the belts holding her arms and upper body in the body bondage harness. She frees most of her body while standing, but has to lay down again to slide the belt bondage leashing her arms behind her back. Before she can remove the bondage harness, Rose struggles to remove the collar and leash strapping her head to the opposite side of the bedframe. She sighs in immense relief when the unlocked clasp of the bondage harness finally falls free! Rose is determined to be fully rid of everything holding her back though, and gains momentum with the bondage discarded on the bed. She quickly strips from her clothes, making quick work of removing and dropping each piece with great flourish and pleasure, right down to all of her jewelry. Rose is stripped of everything confining her body, smiles with satisfaction, and escapes the scene entirely with not a shred or scrap of clothing, bondage, self restraint, or even jewelry. She walks off naked and barefoot with a smirk.

← Stuck In Bondage Bound To Struggle →